The JUPI, which is ready for series production, was presented to the public for the first time at the FachPack trade fair in Nuremberg on 24-26 September 2019. Using three electrically operated cutting axes, JUPI opens the cartons on three of four sides.

This 'hinge cut' is particularly popular because the lid cannot get lost and the return label, for example, remains with the goods until the final unpacking. This system offers completely new possibilities, especially for the ever-increasing e-commerce and branch operations in the retail sector - across all industries. 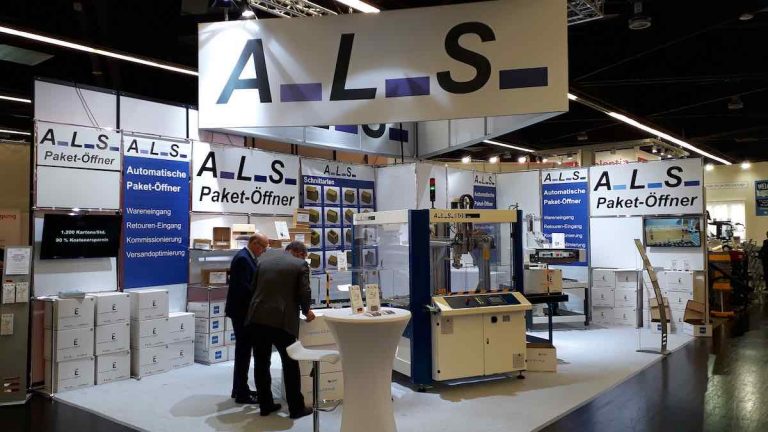 Full of pride, the new JUPI system is presented to the public at the LogiMAT trade fair. The interest of the visitors was immensely high, because the semi-automatic machine serves a new target group: small and medium-sized enterprises. Some of them had already been informed in advance and could hardly wait to see the JUPI in action. Once again, of course, the centrepiece BOS was not to be missed. The system is so popular not least because of its high capacity and flexibility. ALS had a very successful trade fair appearance and is already preparing for LogiMAT 2020. 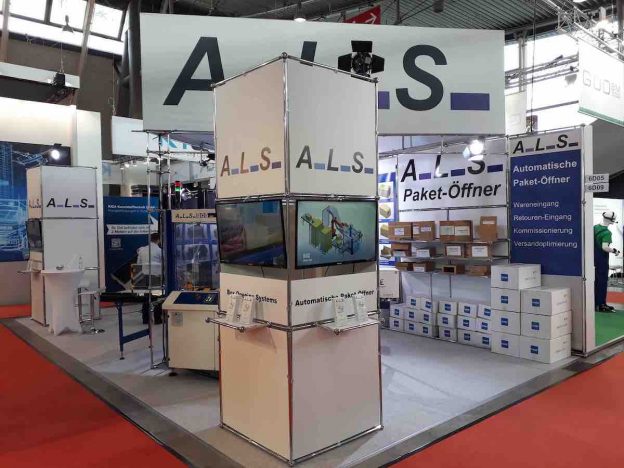 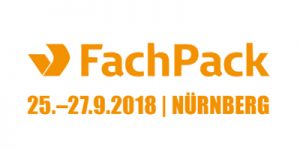 More than 44,000 trade visitors from 86 countries, 1,643 exhibitors and ALS right in the middle of it all: this year, too, the number of visitors to the ALS stand is enormous. One live demo follows the other. However, the BOS system is not fully utilised: 600 cartons are normally opened per hour. 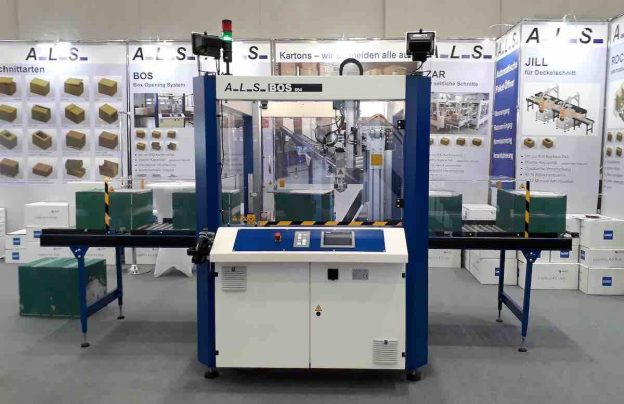 For the fourth year in a row, ALS is once again an exhibitor at the successful intralogistics trade fair.
Not only existing customers visit the package openers, but also new faces convince themselves live of the BOS system.
ALS makes interesting contacts and has successful discussions again this year. 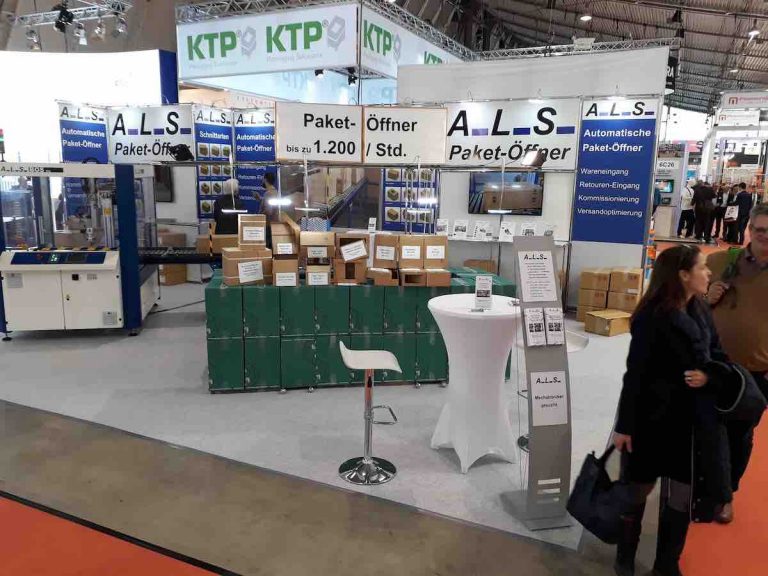 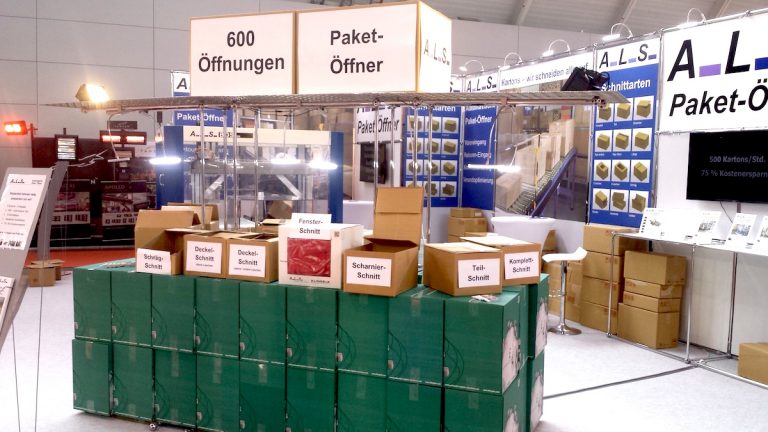 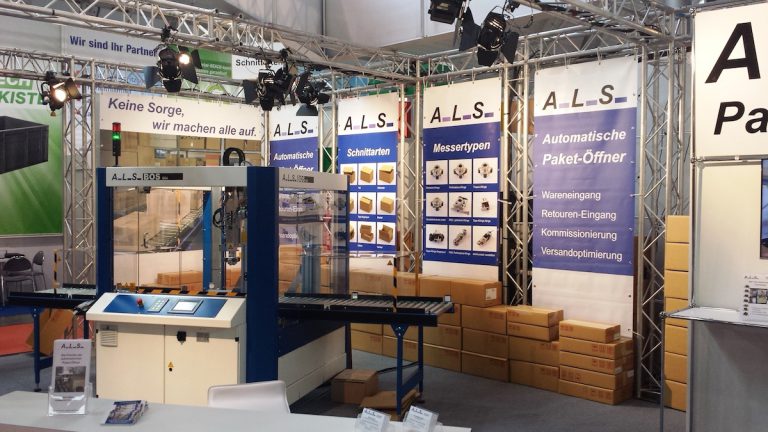 At this year's Motek, the automatic parcel opener WIM was awarded the Handling Award. This award emphasises the value of ALS GmbH's products and was presented to the managing director Mr. Paul Kammerscheid by experts in front of a large professional audience. 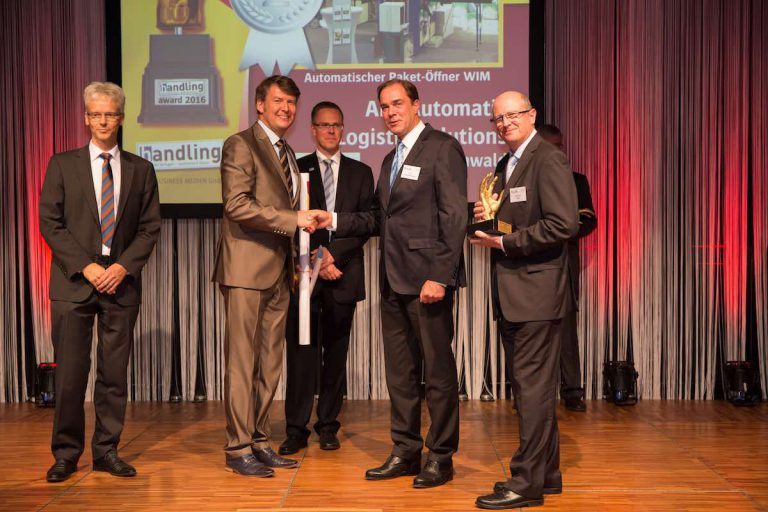 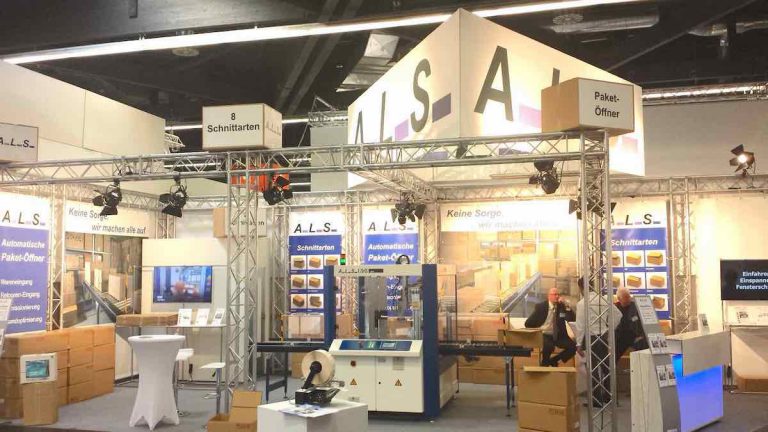 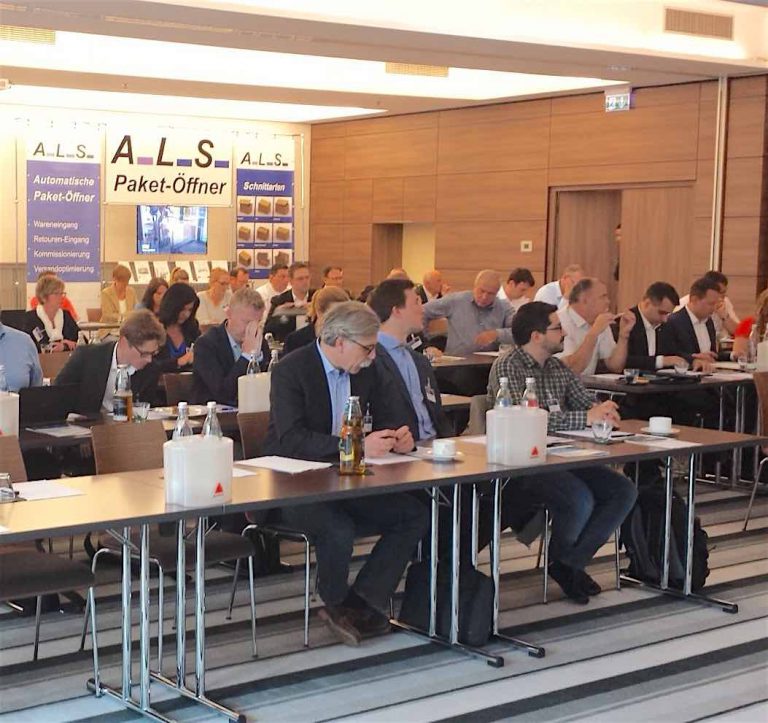 With more than 300 participants, the 22nd Log 2016 trade logistics congress, organised jointly with GS1 Germany and the Markenverband, on 12/13 April in Cologne, once again reported an excellent response. 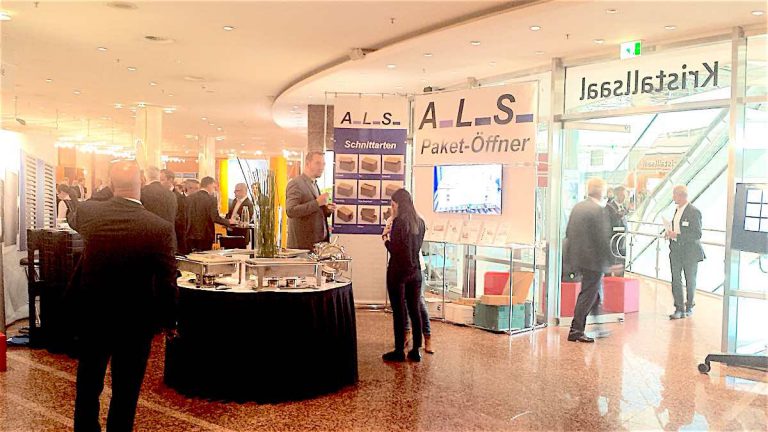 The lecture sequences focused particularly on the topics about the aggravation of the traffic situation and multi- or omnichannel logistics and sustainability. Retail companies, including Orsay, Butlers, Rewe and Spar Austria, reported from the practice of their retail logistics.

Of course, the parcel openers from ALS GmbH were present on site and attracted a lot of attention, because anyone can pack, only we can unpack.

The HTGF High-Tech Partner Conference took place on 28 January 2016. We were there with our package openers and were able to talk to enthusiastic participants 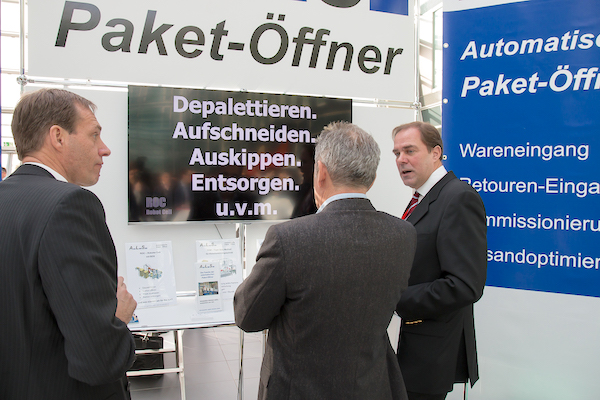 The BVL Bundesvereinigung Logistik Kongress in Berlin is one of the most important industry meetings in the logistics sector. Of course, as Europe's largest specialist for automatic parcel openers, we were there and had interesting discussions.

Fachpack 2015 in Nuremberg was one of the most important trade fairs for professionals from the fields of incoming and outgoing goods automation and commissioning.

In addition to the automatic parcel openers BOS and WIM, ALS GmbH also presented the new parcel opener TOM, which can open up to 900 cartons per hour with a tape cut. 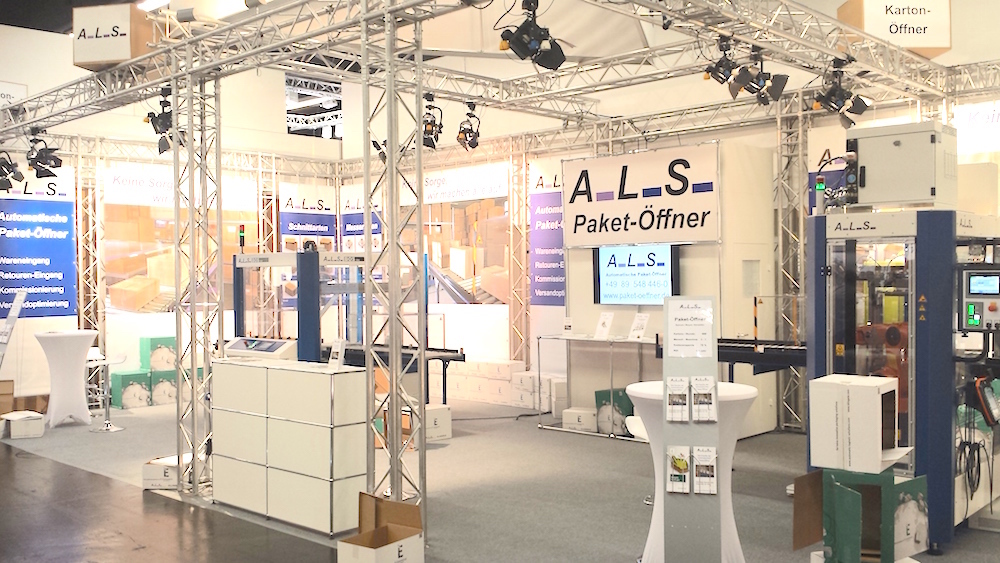 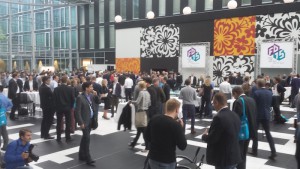 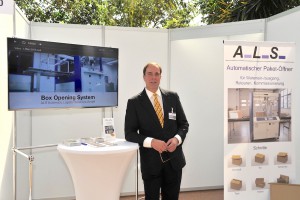 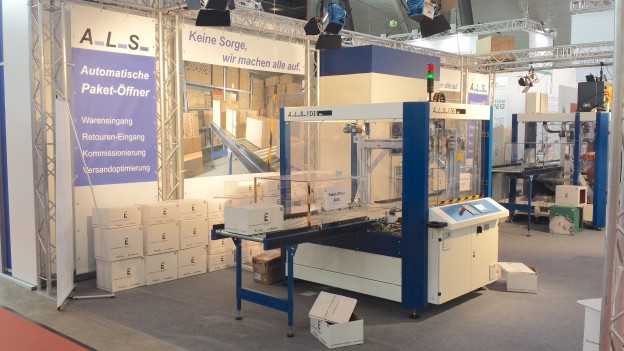 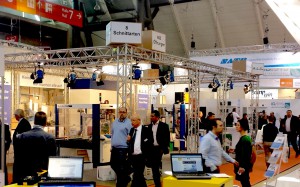 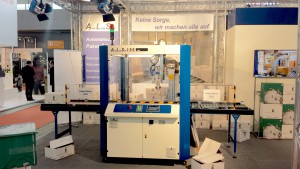 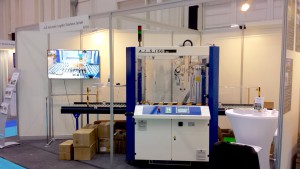 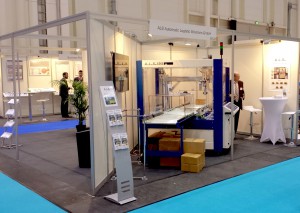 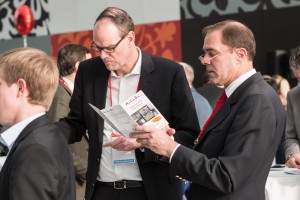 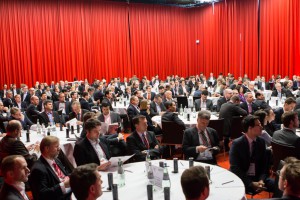 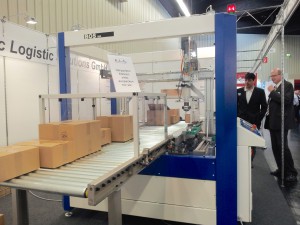 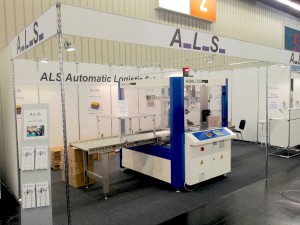 Back to Top
Manage cookie consent
We use cookies to optimise our website and service.
Manage options Manage services Manage providers Read more about these purposes
Show settings
{title} {title} {title}
Product has been added to your cart
Close